OPSRRA has been involved in a variety of projects over last 25 plus years. Things you see or use regularly like the Welcome signs on the highway, the community notice bulletin boards, clean-ups and subsequent “no dumping” signs sprinkled liberally around the community, etc. Below we’ve highlighted just a few projects that will have a lasting legacy for our region and some of the membership surveys through the years. 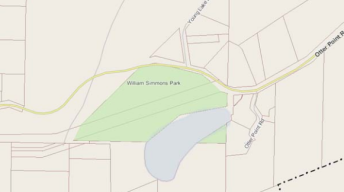 15 acres of parkland was acquired by the parks commission in 2007 in order to create a new park (see above). Approximately half of the new parkland was donated by Erik Sellars St. Clare who resided on the property known as La Beaumelle, since 1948 and wished to see his property remain as public parkland. The park was named after his long-time friend and local area resident William Simmons.

OPSRRA worked with other local stakeholders, the Juan de Fuca Community TrailsSociety, the Juan de Fuca Parks & Recreation Commission and others to do clean-up, demolition as needed prior to reconfiguring the space as a park.

OPSRRA has been involved over the years with creating an initial vision document and several of the directors were involved in pushing through the Official Community Plan (OCP) adopted in 2018 for Shirley & Jordan River and Otter Point in 2014.

As you can see dramatic improvements over the original 1996 Local Area Plan.

OPSRRA provides a voice for our rural membership. Over the years we have surveyed members on a variety of issues – such as Water Supply (2013, 2014 & 2015), wildlife and medical marijuana. We also schedule regular meetings with the membership on issues that matter to the community such as elections, road safety and water issues.